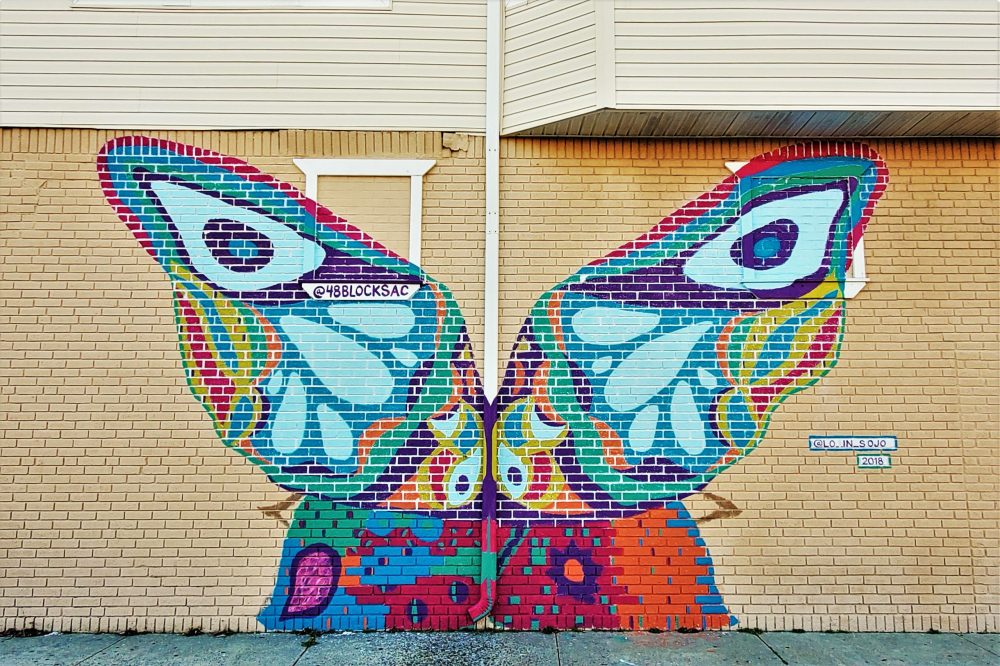 The casinos aren’t the only game in town. Atlantic City has oodles of cool stuff to do from its free beaches to the bay and everywhere in between.

AC is the inspiration for Monopoly and has been home to the Miss America Pageant (on and off, but mostly on) for nearly a century. Atlantic City boasts the world’s longest boardwalk. And that same promenade holds the distinction of being the oldest in the US. Also, the city’s famous Steel Pier still operates today with modern updates to please kids of all ages.

A dive into the history of this famous and infamous city will reveal it’s roots as a favorite summertime vacation destination for Philadelphians. Once known as both “America’s Playground” and the “World’s Playground,” the city rose to infamy during prohibition. In recent years that part of it’s history inspired the HBO series Boardwalk Empire.

This iconic city offers plenty of activities besides gambling. You’ll find all your shore favorites like the ocean and boardwalk, as well as, awesome restaurants, fun nightlife, culture and outdoor activities.

If lying on the beach all day isn’t your idea of a good time there are plenty of water sports in Atlantic City to keep you moving, enjoying the water, and having fun in the sun. Both the beach and back bays of Atlantic city offer water activities for every level of adventurer.  Enjoy the gentle movement of the water atop a kayak or an adrenaline-filled rip around the bay on a Waverunner. Whatever adventure

There’s no better feeling than preparing for a beach vacation – well, maybe just the smell of coffee in the morning (you tell me!). Whether you have planned a bachelor or bachelorette weekend, a family vacation, or just a simple beach getaway, our happy place aka the shore has a lot to offer! Well, since we’re all on social media (kids included!), aside from researching for the best places to eat, drink or go out,

Whether you are planning a day trip to Atlantic City or a week at the Jersey Shore, you’ll find family fun for kids from one to 92 at Absecon Lighthouse.  Atlantic City’s lighthouse stands at 171 feet tall overlooking the Absecon Inlet. With a total of 228 steps to the watchroom (240 to the top), a climb to the top of the light fondly known as “Abby” will leave you breathless in many ways. Even